ACTIVITY FOR ALL AGES

FOR 2-6 PLAYERS PER GAME

Jeu des Boules, who does not know it? The dusty image of the well-known game is no longer and more people are discovering this fun game for young and old! Jeu des Boules is the ideal activity for a fun night out with friends, family or colleagues. In the meantime, enjoy a drink and snacks.

What can you expect? 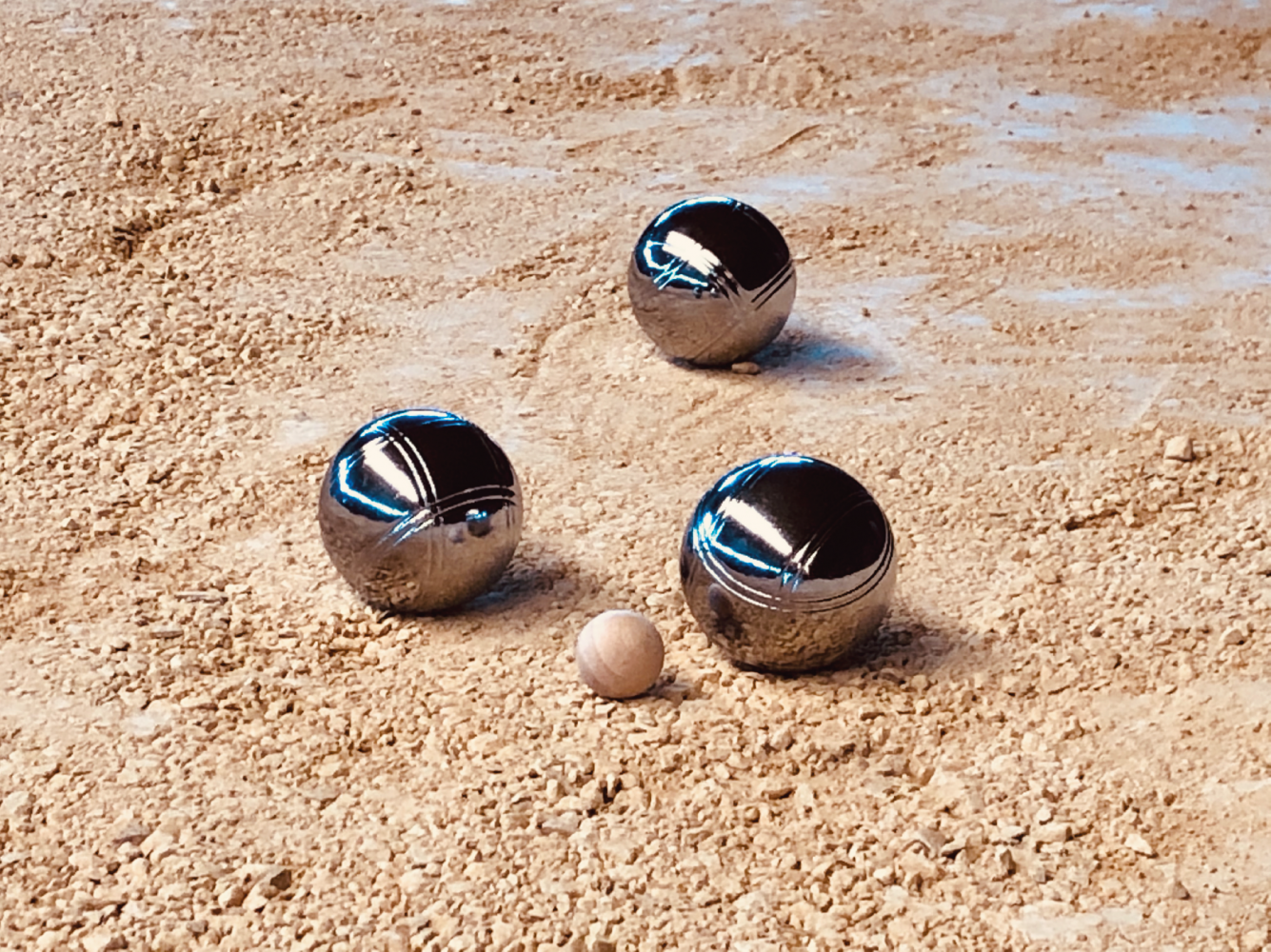 To play Jeu des Boules you need two teams. Depending on the number of participants, the following layouts are possible:

When all boules have been played, the winning team scores as many points as the number of boules closer to the but than the best boule of the opposing team. The team that won the previous throwing round may start the new throwing round. The throwing circle is repositioned on the opposite side of the court. If the but moves out of bounds during the game, start a new game. The team that is the first to score 13 points is the winner!

How many people are allowed to play on 1 court?

We allow a maximum of 6 people per court. We have 3 jeu des boules courts. It is therefore possible to divide larger groups over several courts.

How long does 1 game of jeu des boules last?

Is it possible to have a drink during a game of Jeu des Boules?

Of course! There is a separate bar at the jeu des boules. Our employees are happy to take your orders at the Jeu de Boules court, but you can of course also order at the bar.

Are there other prizes for children?

No, we use the same prices for children as adults. Children play Jeu des Boules on the same court and also get an hour of play time.

Do I have to bring my own boules?

This is not necessary, but is of course allowed. You will receive one set with 6 boules on loan at every jeu des boules court.

How do you play Jeu des Boules?

You can read the game rules for Jeu des Boules on this page.